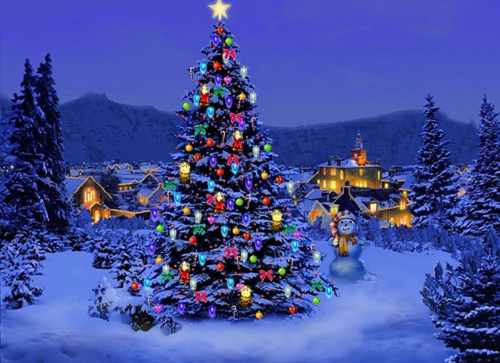 There are three distinct approaches of forming an opinion about a certain topic:

I'd like to explain this further by an example, which is quite fitting for our current season of the year.
Some years ago during Christmas time there was an article in newspaper somewhere in Latin America, which had conducted a survey among school children about the meaning of Christmas. The children were asked, why Christmas was celebrated. In Spanish Christmas is called "Navidad", so this allows no direct conclusion to a Christian background from its name.
One child answered that Christmas was a family holiday, where everybody comes together and has a big family dinner. Another one told the journalist that it is a holiday where children get a lot of gifts. A third child answered that it is a celebration of peace worldwide.
So the journalist who wrote the article was outraged that today's children were totally unaware of the original meaning of Christmas and that it had lost any spiritual meaning to the young generation. Of course he was convinced that the children were totally ignorant of the truth and that Christmas was the celebration of the birthday of Jesus Christ.
At least this was what  he had learned. And assuming that his education was so far superior than that of these children, he could only pity them for their lack of knowledge.
However he was wrong. There is no record about the date of the birth of Jesus of Nazareth. The church declared arbitrarily the 25th of December to be his birthday, because it was the date of a pagan festival (winter solstice, Saturnalia), which was very popular. In order to erase the pagan background of this festival, they gave it a Christian meaning. So they established the tradition to celebrate Jesus' birthday at this date. Although most other Christmas traditions had nothing to do with Christianity but with the original pagan meaning, e. g. the Christmas tree, the candles, the Christmas gifts etc.
Therefore the seemingly ignorant school children were far closer to the truth than the outraged journalist with his half-knowledge about the topic. In fact Christmas has far more to do with gifts, family and peace than with the birthday of Jesus of Nazareth, which is very unlikely to have occurred on  a 25th of December.
I this example the children based their opinion on naivety, while the journalist based it on half-knowledge that led him farther away from the truth.

Hardly anybody of us is free from that kind of half-knowledge. And many of us make the same mistake as this journalist. We assume us to be more educated than seemingly naive and ignorant people but we might ourselves have misguided opinions based on our education that is possibly incomplete or contains false data.
The problem is that the one whose knowledge is incomplete or false is never aware of this fact and believes his knowledge to be complete and true. He simply cannot know that there is more necessary data to form a correct opinion.

To demonstrate how ubiquitous this phenomenon is, I will give another example.
A common cold is a viral infection of the upper respiratory tract.
Some naive people frequently try to treat this disease with antibiotics.
This behavior is vehemently criticized by physicians and scientists. Since a common cold is caused by a virus and antibiotics are only effective against bacteria, this treatment is totally useless and might even be harmful due to the negative side-effects of antibiotics... - according to their opinion, which is again based on half-knowledge.
The empirical fact is that antibiotics are indeed effective against a common cold. Some scientists try to explain this fact away by attributing it to the placebo effect of those antibiotic. However antibiotics are even then effective, when they are not expected to be so by the patient in cases when they are prescribed against a totally different disease stopping the respiratory infection only as a side-effect.
The reason is that the human body is a more complex system than the simplistic mechanical model of those physicians and scientists. The most severe symptoms of the common cold are not caused by the virus itself that is responsible for the initial infection but by opportunistic bacterial infections of the affected respiratory tissue. And against these opportunistic bacteria antibiotics are quite well effective. Once the opportunistic bacterial infection is suppressed, the immune system can deal with the remaining viral infection much faster and more efficient.
Again the half-knowledge of those scientists and physicians who learned that antibiotics don't work against a virus has misled them to an opinion, which is farther away from the truth than the naive opinion of those people who have no clue about the mechanisms of infections at all.

Half-knowledge is dangerous. It can lead to inferior decisions than even total ignorance of a subject. The problem is that we can never be sure, if we have really full knowledge about a topic or only half-knowledge. This is why we should always be skeptical about everything we believe to know. We should not right away discard any naive opinion of rather ignorant people who form their opinions just on personal observation and no education. We should always question ourselves and what we have learned from our education.

Posted by Magister Mortran at 3:13 AM