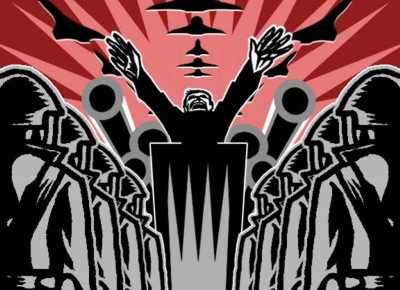 Much of human behaviour is still determined by biological instincts. This biological drives are necessary to motivate us humans to comply with our biological purpose. In most cases this is a very helpful mechanism. The instinct of self-preservation for example helps us to prevent harm from us. And this is by far the strongest of our instincts, which under normal circumstances has priority over all other instincts.
However there are cases where our biological purpose is not identical with the interest of our Self. In these cases our instincts try to lead us into a behaviour, which would be irrational, because it would mean acting against our own interests. Since humans have the ability to think rational and analyse situations logically, we can identify these cases when biological instincts and our own interests contradict each other.
What situations are these?
Man is a social animal. This means man is not made to live alone and completely independent in his environment, he lives in groups with other individuals of his species who support each other. Originally these groups were small family clans. This is why human feel such a strong affection to other members of their family. In modern times these groups have become more complex and bigger. Modern society is organized in states with several million individuals. And the recent phenomenon of globalisation has turned entire humanity in one big society.
Such societies form new entities on a higher collectivist level of organization. Just as our body cells together form a human being, millions of human beings form a new entity: the state. Due to the specialization of its members the state has gained the ability to act as single being. It has its own mind; just as the giant conglomerate of individual cells form a human being with his own mind.
The collective entity of the family, the clan or even the state, is held together by biological mechanisms. These are our instincts that don’t just help us to survive as individuals, but also help this higher collective entity to survive. There is for example the sex drive that motivates us to reproduce and keep our family, our clan, and our race alive in future generations. Reproduction has no advantage for the individual. Future generations are irrelevant for our own survival and their existence doesn’t give us any advantage. So reproduction makes indeed sense for the collective entity of the human society, but it makes no sense at all for the individual human being.
And there are more examples like this. In fact any kind of altruistic feeling is based on biological instincts that serve the survival of the society. Love, patriotism, and compassion – they are biological instincts that guarantee the survival of the collective entity of the human society.
The only problem is: We are not the society. We are just individuals. Society is a distinct entity. It is not us.
Many altruistic philosophies and religions try to give these social instincts a higher, noble value. They develop ethical codes, which are supposed to be superior to selfish actions. But they are not. Social instincts and selfish instincts are both biological instincts. However when discussed with other individuals, social instincts are of course far more likely to reach a consensus than selfish instincts. It would be hard to get others to agree with your personal interests, but it is quite easy to agree to a common interest. This is why social instincts are valued higher. Everybody agrees with them, while only you yourself agree with your selfish instincts.
However we have to be aware that it is not logical for us as individuals to act according to social interests when they are in conflict with our individual interests. In other words, altruism is irrational, whenever it is in conflict with our personal advantage. It is nothing but a biological instinct that wants us to do things, which may not be in our best interest.
We must not let irrational emotions control us. We must overcome altruism and its misleading emotions. Logic and reason must always question the motivations of our actions in order to eliminate any irrational altruistic purposes. We must not be slaves of collective instincts.

Although altruism is an irrational emotion from the point of view of the individual, it is not always irrational to help others without any personal advantage. To help a friend is often very reasonable, even if there is no immediate benefit for us in this action.
A friend is an ally, and allies make us stronger than we would be alone.
But we should be wise when choosing our friends. Somebody who is weak and asks for our help is a useless ally. He will never be able to pay back any favour and will continue to exploit our help in the future. We have to choose our friends among those who are strong. Even if they depend on our help today, there will come a day when they will return the favour and provide us help when we need it. True friendship can only be between equal partners. Friendship between a strong and a weak is only a parasitic relationship, where one abuses the other. So in order to have strong friends, we need to be strong ourselves. The weak on the other hand don’t deserve compassion. They are useless. They are meant to perish. They even weaken the society because they nourish themselves like parasites from the stronger members of the community. Humanitarian help for the weak is the most decadent foolishness of our modern society. But this is not our concern. If the society wants to weaken itself, then so be it. We only need to keep the weak away from us.

Altruism the Root of Evil