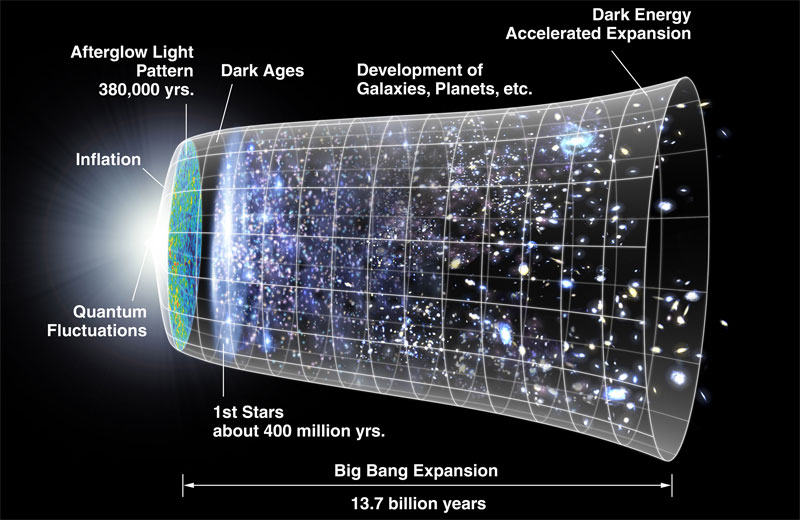 
A team of Australian astronomers say they have identified the oldest known star in our universe -- one that formed a mere 200 million years after the Big Bang.

"This is the first time that we've been able to unambiguously say that we've found the chemical fingerprint of a first star," lead researcher, Stefan Keller of the Australian National University (ANU) research school of astronomy and astrophysics said in a press rele.

The element abundance ratios of four low-mass stars with extremely low metallicities (abundances of elements heavier than helium) indicate that the gas out of which the stars formed was enriched in each case by at most a few—and potentially only one—low-energy supernova. Such supernovae yield large quantities of light elements such as carbon but very little iron. The dominance of low-energy supernovae seems surprising, because it had been expected that the first stars were extremely massive, and that they disintegrated in pair-instability explosions that would rapidly enrich galaxies in iron. What has remained unclear is the yield of iron from the first supernovae, because hitherto no star has been unambiguously interpreted as encapsulating the yield of a single supernova. Here we report the optical spectrum of SMSS J031300.36−670839.3, which shows no evidence of iron (with an upper limit of 10−7.1 times solar abundance). Based on a comparison of its abundance pattern with those of models, we conclude that the star was seeded with material from a single supernova with an original mass about 60 times that of the Sun (and that the supernova left behind a black hole).

The self-contradicting nonsense in this announcement is really hard to digest, so let's summarize once again the central statements.
Isn't this discovery much more an indicator that our estimate for the age of the universe (13.7 billion years) is simply wrong? Wen are discovering more and more stars and galaxies that are older than 13 billion years. So nothing important has happened in all this time, when the universe had only a small fraction of the age it has today and was many times smaller and more dense than today?
What we actually can observe is that galaxies have not evolved at all during the last 13 billion years. The universe still looks the same as it has always looked as far as we can observe it.
There is no rational justification to assume that the universe had a beginning apart from religiously motivated wishful thinking.
The big bang theory is inconsistent and cannot explain our observations. It has not made any useful prediction that could not be explained differently. We don't have enough data to make statements about the time more than 13 billion years ago. And furthermore it is irrelevant for us what happened 13 billion years ago.
Science should try to find answers to questions that can be answered, not speculate about questions that cannot be answered with the amount of knowledge available. For all that is relevant to us as human beings, the universe had no beginning. It was the same as far as we can look back. What is beyond this horizon is irrelevant. Assuming infinity of the universe allows accurate predictions for everything in the universe that might be important for humanity. We don't need a model that assumes a beginning of the universe and only creates new questions and contradictions in its conclusions and our observations.
We don't need a big bang in science. Leave that kind of mythological stuff in the bible where it belongs to.

Posted by Magister Mortran at 11:27 PM