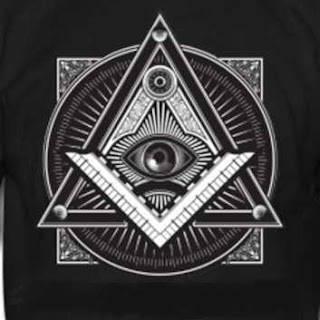 There is an irrational belief circulating, especially among uneducated people, that the world is controlled by an evil conspiracy of so called "Illuminati". They are supposed to worship the devil and to be responsible for all the evil in the world. Politicians, businessmen as well as celebrities from the entertainment industry are suspected to be their members. Freemasons or think tanks like the Club of Rome, the Bilderberg Group and the Trilateral Commission are believed to be their visible representations. This conspiracy theories took off in the Internet but also spread through questionable documentaries distributed as DVDs and TV productions.
We should not discard a theory without proper investigation. Therefore I did some investigation and the shocking truth is:

Yes, it is all true! They exist, they rule the world, many of our elites belong to them and they oppose the Christian Church.
However this is no reason to despair. The true nature of the Illuminati is rather trivial and is nothing to worry about.

What does Illuminati actually mean?

The word "Illuminati" is Latin (plural of illuminatus) and means "The Enlightened Ones" in English. It refers to those people who belong to the philosophical movement of the Enlightenment, which is called "Illuminatio" in Latin. The Enlightenment marked the 18th and to some part already the 17th century and was also called "The Age of Reason". Since the prevalent language among scholars in this time was still Latin, it was often referred to as the already mentioned Illuminatio.

Now, what was the Enlightenment?
It is quite sad that I have to explain this today. I assume that most who read this are familiar with the word, but unfortunately the majority of people today are not. So I will give a short simplified summary.

The philosophy of the Enlightenment is what our modern civilization is based on. It meant that reason replaced faith as source of knowledge. It also meant that man, not god became the fundament of ethical questions, which is what we call humanism today. It included the establishment of natural law and Human Rights into our legal system and led to the rise of democracy, which eventually replaced the monarchy and the feudal system of the Middle Ages. As a result the nobility and the clerics lost their political influence. Furthermore it meant that science and the scientific method were taught in schools to children.

Since there was no Internet yet in the 18th century, the discussions took place in clubs, Masonic lodges and meetings of the educated bourgeoisie. This is apparently the reason why the Illuminati get usually associated with the Freemasons and think tanks.
The thinkers of the Enlightenment were usually Deists or Agnostics and opposed the privileges of the Church and their hierarchy. This is why they got later accused of opposing the christian god and helping the devil. For the simple christian mindset everybody who is not on their side is on the side of the devil.

The Enlightenment resulted in the American Revolution and the foundation of the United States of America as well as the French Revolution. So it does not come as surprise that conspiracy theorists discover "Illuminati symbols" all over the origins of American history.

The thinkers of the Enlightenment had great influence on the political leadership and were often members of the democratic ruling class. This is where the accusation of ruling the world finds its explanation. Yes, indeed, the world is controlled by republicans, by the principles of human rights and by supporters of the free market system. These are the people that carry the values of the Age of Enlightenment and who are in Latin referred to as illuminati.

Do we have to fear the Illuminati?

If you do not fear democracy, human rights, a free market system, science, education and a secular state, then you do not have to fear the Illuminati.  However if these are the things that you consider to be satanic, unholy, and simply wrong, and if you want the society of the Middle Ages back, where the bible defined what was true and false and the world was ruled by clerics and superstition, then you have good reasons to fear the Illuminati. These evil Illuminati can really spoil the fun that you could have burning heretics and rejecting reason and the scientific method. School would be so much easier, if we could get rid of science and all those boring books and limit education to the bible or the quran.

What does the fear of the Illuminati say about our society?

If people start having fear of the Enlightenment, i.e. the Illuminatio, it says a lot about where we are heading to. Apparently the "Age of Reason" is over and is getting demonized. Superstition and barbarism are the new standards. Those of us who received a classic education in proper schools are defamed as Illuminati giving this actually positive word a derogative meaning. Those who oppose the Age of Enlightenment, want new Dark Ages to come over the world. Instead of science and philosophy they are teaching worthless nonsense passing as "social sciences" in our schools and universities. We can see it in the spread of radical Islam what the future has in store for mankind - ignorance and superstition instead of reason and logic. Those who divulge conspiracy theories about Illuminati are the new barbarians who want to destroy modernity and its achievements.
We have the choice between Illuminatio and Tenebrae, Enlightenment or Darkness.

Posted by Magister Mortran at 6:17 PM