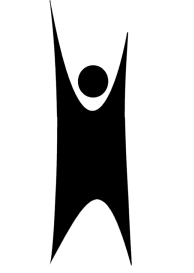 The best way to assess if a certain strategy may be successful or not is looking at history. A successful strategy should always have historical examples. If it has not, it is highly unlikely that it will have success. We have seen how older religions have been replaced by newer ones throughout history. These examples should allow us to predict, which strategies may be applied to overcome the spread of the religious virus in society.
Strategies likely to fail:
Atheism
New belief systems are always built upon existing ones. There is no historical example of a completely new religion replacing an older one. Even when one religion spreads into the territory of another one it always integrates formal elements of the native religion.
A direct confrontation of religion by strict atheism rejecting any kind of superstituos rituals can therefore not succeed. Several attempts were done, one during the French Revolution (e.g. Marquis de Sade), another one by 19th century philosophers like Nietzsche and more recently by Communism (e.g. the Maoist Cultural Revolution in China). They have all failed. They have all overestimated the human capability to use reason and logic.
The use of force
During human history several attempts have been made to drive back a religion by the use of brutal force. Most of them have failed. Some of them were successful but only combined with genocide and a massive colonization of people with the new religion (examples: the Conquista of Latin America, the spread of the Islamic Caliphate in the 7th century).
Examples for these failures are:

Although the use of brutal force has always some effect, the effect in the above examples was only short-termed and soon reversed, usually after a century.
Strategies likely to succeed:
Not attacking existing deities
Newer religions never abolished the older deities but integrated them into their belief system.


Ignoring formal religious affiliation
We should stop giving formal religious affiliation any significance. For every religious virus it is essential to manifest itself by having a clearly defined distinction from other religious viruses or the absence of any such virus. Otherwise it would cease being a distinct entity. Therefore when we accept the categorization of humans in religions affiliations we have already given into the virus.
If we ignore the whole concept of formal religious, then nobody infected by these viruses can claim his religion as an excuse for his irrational behavior. We must not accept the reference to religious laws as an answer.
The concept of distinct religious affiliations does not even exist in China. To ask a Chinese which religion he belongs to, would not make much sense for him. Even if he recognizes the three traditional Chinese philosophies Buddhism, Confucianism and Taoism he would not understand why he would have to identify exclusively with a particular one of them. Just like a European is usually familiar with the different European philosophic schools (e.g. existentialism, positivism, humanism, etc.,), but would not consider himself necessarily to be affiliated to a particular one of them. Strict affiliation to a particular school of thinking only occurs in religion, it rarely occurs in philosophy.
If formal affiliation to a particular religion becomes irrelevant, religion will more and more be replaced by philosophy, and odd religious teachings will only have historical significance without people adhering to them.
Applying successful strategies in today's world
Rationalism can only succeed today if past mistakes are avoided (radical atheism, forceful suppression of religion) and lessons learned from history are applied.
Some humanist organizations seem to have understood these principles and have started to offer quasi-religious services like weddings and funeral services to their members. And even those Westerners who are not formal members of this kind of humanist organizations are actually living according to these principles in their daily lives. Most people in the West still go to church for weddings and funerals or on especial occasions like Christmas, but humanist philosophy has replaced religious teachings in their daily lives. So in the industrialized countries (Western Countries, China, Japan, India etc.) the majority is certainly on the right track. One day religion will become irrelevant without formally being abolished.
In the Islamic world however the situation is different. Islam has gone through severe crises during the last centuries bringing the religion to the edge of total collapse. Islam successively lost Spain, India, the Balkans and has recently been surpassed by Christianity in Africa. The Islamic Empire lost every single war during the last centuries resulting in the final defeat during World War I and the abolishment of the Caliphate. Kemalism has banned Islamic culture including clothing and Arabic writing and replaced it with Western culture.
But then the situation changed. Through a lucky political coincidence conservative Muslim leaders gained control over the vast natural oil resources in the Middle East, which are essential for the functioning of the industrialized world and therefore a source of almost unlimited financial wealth. The conservative Muslim leaders used this money to promote a revival of Islam taking a radical turn from the development in the rest of the world. They knew that in order to survive Islam had to take a radically opposed stance to everybody else in the world. Whatever the civilized world came up with, Islam had to take the exactly opposite stance. It became the religion of total opposition.
The civilized world introduced Human Rights; Islam rejected them. The civilized world wanted equality of men and women; Islam promoted inequality and increased the oppression of women. The civilized world wanted sexual liberalism; Islam opposed it with Puritanism. The civilized world rejected violence; Islam glorified violence and became a cult of terrorism. The civilized world wanted tolerance; Islam preached intolerance as supreme maxim. Islam became a movement of anti-civilization, sometimes even rejecting schools, television, music, sports, any kind of modern technology and basic scientific facts.

These phenomena are Islam's desperate struggle for survival in a modern world where there is no place for obsolete religions anymore. They are not intrinsic to this religion but they have made it the currently worst and most virulent religion of all.
Different ideas have surfaced how to deal with the current anti-civilization cult of Islam, which at the moment seems to be incapable to coexist peacefully with any other human culture. They range from trying to reform Islam over confinement in their countries to more radical and violent approaches.
The way how Islam is organized with a ban on personal interpretation of the scriptures and immutability of Allah's word, which is manifested in the quran make real reforms difficult. The Shiite sect of the Alevis have developed a very progressive philosophy but are considered heretical by all other Muslims. Currently there is no moderate movement within the Islamic community visible.
The idea of confinement and strict isolation of the Islamic world would, even if possible in spite of the globalization of today's world, create a long-term conflict that would sooner or later result in war. Considering that Islamic countries have already acquired nuclear weapons (Pakistan) or are about to do so in the near future (Iran), this would create a very dangerous situation in the future.
The future outcome of the conflict between Islam and the civilized world will depend on how long the flow of money from the oil-rich countries in the Arabic world will continue. Without this permanent funding, the radicalization of the Islamic world will not be able to continue.
The strategy how to deal with Islam needs to be based on the above examples of successful historic approaches regarding religion.
It will not be possible to get rid of Allah, Mohammed and the quran. It will only be possible to shift the focus away from the worship of Allah towards a rather humanist philosophy. Modern concepts within Mohammed's teachings need to be emphasized (even if they are historically wrong and have never existed as such). Attacking Islamic symbols would be fruitless. The formal elements of older religions can hardly be changed, only the content can be replaced.
An important move would also be ignoring Islam as religious affiliation just as any other religion. Not giving Islamic rules any special consideration and accepting Islam as a justification, but questioning every single Muslim why he thinks he has to do thing the halal way and not differently, this would help making religion irrelevant and replacing it with philosophy.
If somebody thinks he cannot eat pork for example, then he must be required to explain his personal reasons ever and ever again without accepting the rules of his religion as a sufficient reason. This way people are forced to re-think why they act in a particular way and they start to decide in every single case, if it is right, wrong or unimportant.
If we take away any importance from a religious denomination, including but not limited to Islam, then everything what defines Islam and makes it to the virulent phenomenon that it is, would just slowly fade away. There would be no need to abolish this religion or forcefully convert 1.2 billion people, it would simply become meaningless.


So it is not helpful to teach or inform anybody outside of Islam about this religion. This only helps the virus to define itself. It is irrelevant what a 1400 years ago arbitrarily invented teaching has to say about a particular issue, it is only relevant what a particular human being thinks about this issue today. We have to understand that religion is a concept alien to human nature. We are no Muslims or Christians or Hindus, we are only humans. Distinguishing is the beginning of discrimination.
Islam has the potential to spearhead a radical neo-Luddite movement that could destroy all achievements of our civilization. The fate of Islam will be central for the future of religion in general.
If everybody gets rid of the religious classifications in his mind, then religion disappears alone. It is only in our mind. Let's not permit the virus to make us think in the way it would like us to think.
Posted by Magister Mortran at 10:42 PM